Finally back with some updates,

Although I was injured in November and December I know things have bounced back and as long as I look after my left leg I'll be fine, I hope!

Originally for 2016 I had two big races planned, the Vartry 100 mile in March which I hoped to do in sub24hours and then the Connemara 100 in August which I've wanted to do since I did my first 50km event in 2012.

Due to my injury issues I've had to scale back my plans and now instead of doing the Vartry 100mile its going to be the Vartry 50mile as I don't feel I'd be anywhere ready for the 100mile due to recent loss of fitness etc.

Last year I took on the 50mile looped course and took it easy enough and finished it in 10hours 10min (I was aiming for 10hours). This year I'm again seeing it as a training run but so far I have no time in mind.

Taking on the Connemara 100 in August will be my second 100mile event and the Connemara 100 thankfully this time is 100 road and hilly which will give me plenty of time to rest on the uphills.    As strange as it may sound the flat course last year at Thames Path I found difficult, the 75% trail route I had to endure during it also really knocked the stuffing out of me because I do 99% of my running on road so I'm confident I can perform much better on a 100% road course.

So now my aim is to work towards a sub 24time in Connemara, I just need to find a support team for the event...anybody want to volunteer? :)
Posted by Barry at 6:33 PM No comments:

Last year was a fast year and a year of both great experiences and some very frustrating experiences but I don't think I'd hugely change anything with the exception of actually dropping out of the Dublin marathon so I wouldn't have experienced the injury problems I had in November/December. 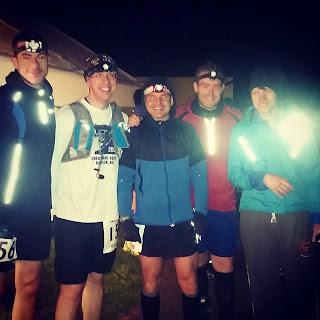 I started off the year training for the Thames Path 100 which was in May and for the first few weeks I felt like I had one of the best training periods as I had been done some nice long runs until February where I experienced my first bout of sickness the day after a 36mile run.

But I recovered and soldiered on for my training race in April.

At the start of April I didn't take part in the Connemara Ultra which I usually really enjoy and instead I opted for my first 50mile event in Co Wicklow called the Vartry 50.

It was a 5x 10mile looped course which was also hosting a 50km and 100mile event and my plan was to take it nice and easy and finish it in 10hours even....I finished it in 10hours 10min so I was very happy with this outcome.

Although I had been sick in February and this really worried me doing Vartry 50 was a really great boost to my spirits as it made me really hopefully that I could pull off the Thames Path 100 one way or another. 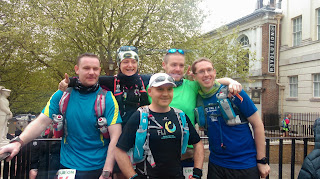 Taking part in the Thames Path 100 in May was an experience, I don't think I could put it into better words then I did in my race report. It was both some of the best experiences of my life and also some of the lowest experiences of my life all in the space of 27 and a half hours.   Its surreal to think that at 2am in the pouring rain I was running through a wooded area somewhere past Reading beside the river Thames, not something I expected to be doing 12 months before. 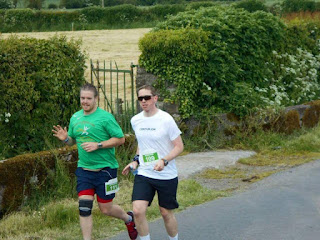 At the end of May I got back on the road and did my first decent long run by taking part in the locally run Tullaroan Marathon, I enjoyed the time running the course and chatting away to JP. It felt great to be back on the roads and it was a lovely day for it too! 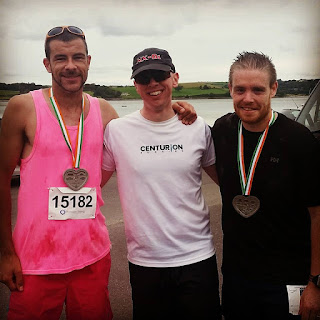 In July I ventured back into ultra-running and took park in the Keith Whyte Waterfront Ultra Marathon III (36miles), I started this race off way too fast and would have been on for my second fastest marathon distance only for the wheels came off at around mile 25 and this resulted in ran/walking to the finish!

After that it was holiday time but by the middle of August and after fitting in some holiday running around parts of Co Wexford and Co Waterford I started training for the Dublin marathon.

This time I was hoping for a sub 3:20 personal best and as part of the training I opted to take part in the JJ Reddy Half Marathon. 2015 was the first year that the half-marathon distance was being hosted by the organizers.

I knew from the start that it was going to be a hard course as I've run the 10km course twice and the course didn't fail to deliver!

After September my training for Dublin didn't go to plan and although I should have either dropped out of Dublin or aimed for a slower time I stuck with the 3:20 plan and everything fell apart at mile 21.

In hindsight I know now that when things fell apart at mile 21 I should have dropped out of the race but instead I kept going and this cause my about 6 weeks+ of muscle pain and problems during November and into December during which time I had a few sessions of dry needling which wasn't pleasant but worked great to sort things out.

At times when I was experiencing muscle problems I couldn't run 2miles without being crippled the next day walking down the stairs....a very frustrating experience but an experience I've since taken some lessons from.

As it stands now my legs are returning to normal and I can do 10miles+ with no discomfort in the leg muscles, but I have lost a level of fitness which is frustrating but that's the way things go.