Another year and another run at the Stook 10mile road race organized by Gowran A/C in Dungarvan, Co Kilkenny.

This is the third year that Stook has been held and the second year I've attended and I must say I enjoyed this year more then last.  Its a well organized event and hats off to the local community for helping to put on the race.

After running Stook last year I knew what I was in for so I wasn't very hopeful of setting a new 10mile personal best, however I still figured I'd likely set a course PB as I've been doing a lot more hill training these last few months.....surely that has to stand to me?

The morning didn't begin well with the car not starting so after a mild panic about not making it to the race and getting a loan of a car 30min later I made it to Dungarvan with time to spare thankfully.

A quick 1mile warmup and I was ready to go!  The conditions this year were great, it was relatively dry with the exception of some water run-off from fields in places but more importantly it was lovely and cool.

Got chatting to a few familiar faces including Vincent who is the race director of the Tullaroan Marathon which is also held in Co Kilkenny, had a few mentions of people reading the blog as well from people.

At 12 midday we were off bang on time, I felt good from the start so I started with a 6:40 pace for the first mile however as the first small climbs hit this dropped to 7min pace for mile 2. But I was able to bring it down to sub 6:50min pace for miles 3-5.

By mile 7 I was finding the hills hard and the legs were tired so the pace dropped to its slowest of 8:34 as an avg pace for this mile, while this is slow its still faster then the same mile last year which I ran over a 9min pace....so overall that is an improvement even when I'm tired :)

By the time I hit the start of the flying mile the legs were pretty tired but I was hoping I'd be able to get a bit of a re-charge on the downhill so down I went and I ultimately managed a 5:56min pace for this mile which I'm happy with as this is still 4seconds faster for the same mile last year.

Unlike last year however two people managed to pass me on the flying mile and I didn't manage to catch anybody, I have to say this was a bit of a knock to the confidence as at the time I didn't think I was doing a very fast pace at times.

By the time I hit half a mile to go to the finish I was really hoping for the finish but I could hear somebody right behind me and I was determined that they wouldn't pass me so I just gave it everything and upped the pace to finish the last mile strong with a 6:38min pace.

I finished with a chip time of 70min 10seconds, this puts me 3min and 2 seconds faster then last years run so while its not a PB (PB is 69:20) its a course PB and if I can do this time on a hilly course I can certainly improve on my PB on a flatter course.

Garmin log of the race, also full results from the race are available here.

Last week was a lax enough week and that’s the way things will be staying until after the Waterford Half Marathon at the start of December,

Although I've not added miles I have started to increase pace on my midweek runs to ensure they are much closer to 7:30min pace instead of 8min pace as I've found I've been running alot of my runs slower then I should be....in essence I've not been pushing myself enough.

I took it easy during the week with a mix and short and slightly longer runs and I also paid my first visit to the Comeragh mountains on Sunday morning with some of the lads from Co Waterford.

It was good fun if not abit tiring on the climbs…I will say one of the lads made it look seriously easy and almost enjoyable going up the hills, maybe some day I'll manage this myself.
But as with everything, what goes up must go down and there was a seriously enjoyable range of trails on the descent to enjoy and plenty of streams and puddles to run through.   After some trail running it was back onto the roads and a not so enjoyable climb out of Dungarven town on the main N25 road.     Overall we finished the run at just over 14miles, so it wasn’t too bad mileage wise (Garmin Link).

Next week I’m taking part in the Stook 10mile race, this is a enjoyable course and it includes the flying mile which is all downhill and has timing mats at the start and end of the mile which is great craic so I’m really looking forward to it.

I’m not expecting to set a PB but I hope to at least beat last years time of 73:12….I’m hoping the recent venture into trail running and the hills I’ve had to climb will stand to me.

Returning to the mountain

Its now been 4 weeks since my fall on Slievenamon which caused the pain to the muscles in my chest and things are just about back to normal as there's next to no discomfort at this stage.

After my 10mile trail run last Sunday I took it easy starting off the week but things started to feel good again so I upped the pace.     During the week I decided to do all my runs as at sub 7:40min pace as I really am just not pushing myself enough on alot of my runs and this means I'm just not making the progress I should!

All the mid week runs went fine and it was great to get back on on some of the usual routes.

For the weekend I decided to return to Slievenamon for yet another 18mile loop of the mountain on Sunday, this time I took my new Ultimate Direction SJ 2.0 pack to test it out properly and I must say I wasn't disappointed.  I found it great to be able to carry all the stuff I wanted and still have tonnes of space.

I will say I did find it heavy at the beginning with the two bottles full but after awhile I got used to this.

As well as the Ultimate Direction pack I also got myself some gaiters as I was getting tired of little stones etc getting into my shoes on the trails. They aren't anything fancy but they did the trick just fine :)

At the beginning of the run I decided on a slight detour to avoid around 3-4 fallen tree's which I encountered last time.

Unfortunately this made my run a little short so in order to make up the miles I decided to head for the Killusty Cross, this was the first time I've been on this side of the mountain and infact until recently I never knew there was anything other then trig points and cairns on the mountain.

As you can see from the first photo belong the trails were pretty wet, infact in some patches it was basically just all water. Last time I wasted time trying to walk around the water when the trail was completely flooded, this time I just picked up speed and ran through it and I must say I loved every minute of it.

This worked fine up to a point due to the Gore-tex trail runners and the use of the gaiters, but eventually by mile 10 or so my shoes were full of water. Still it didn't cause me too much bother.   The run went great but I must say I found the last big climb hard going at mile 16. 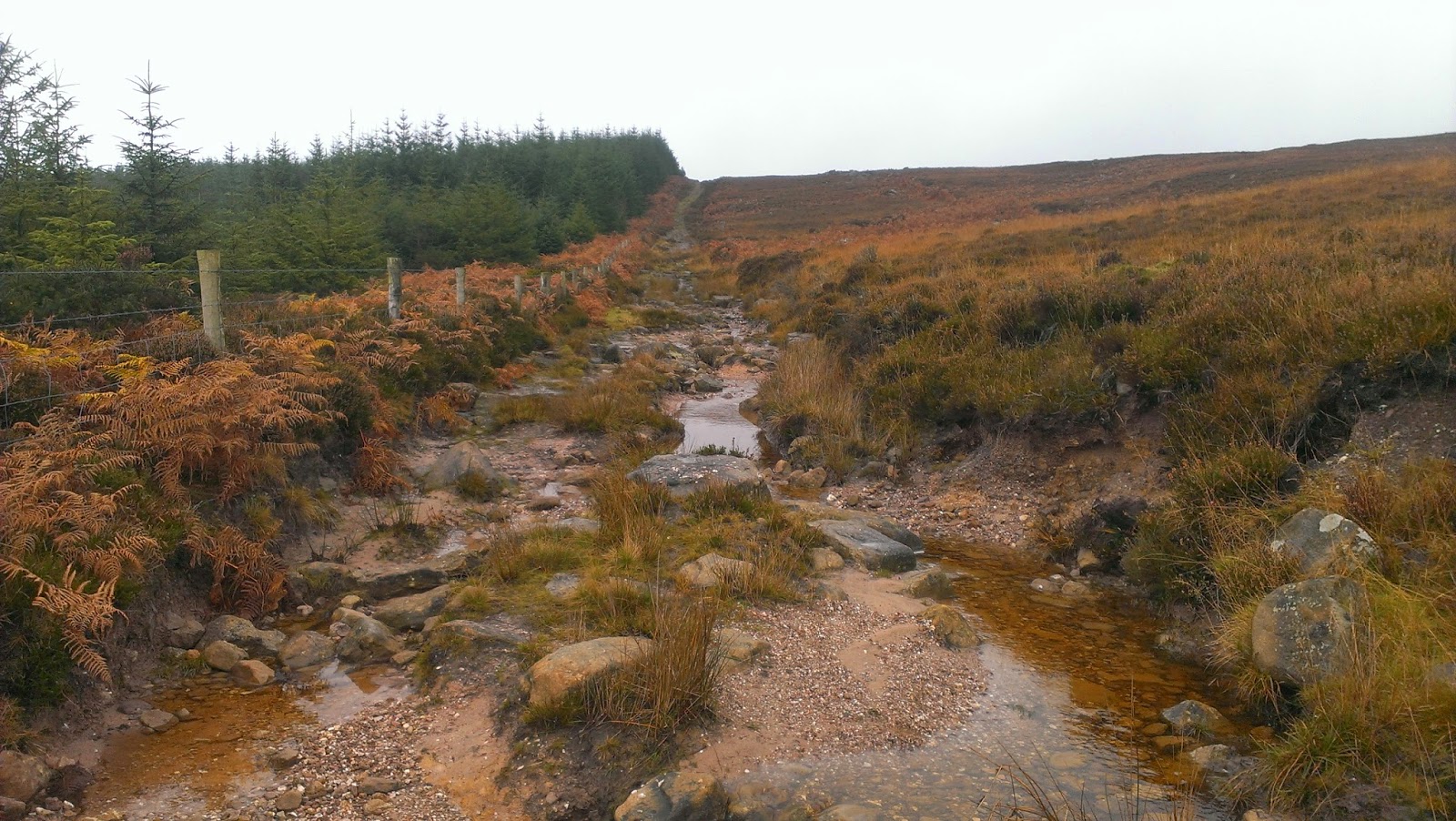 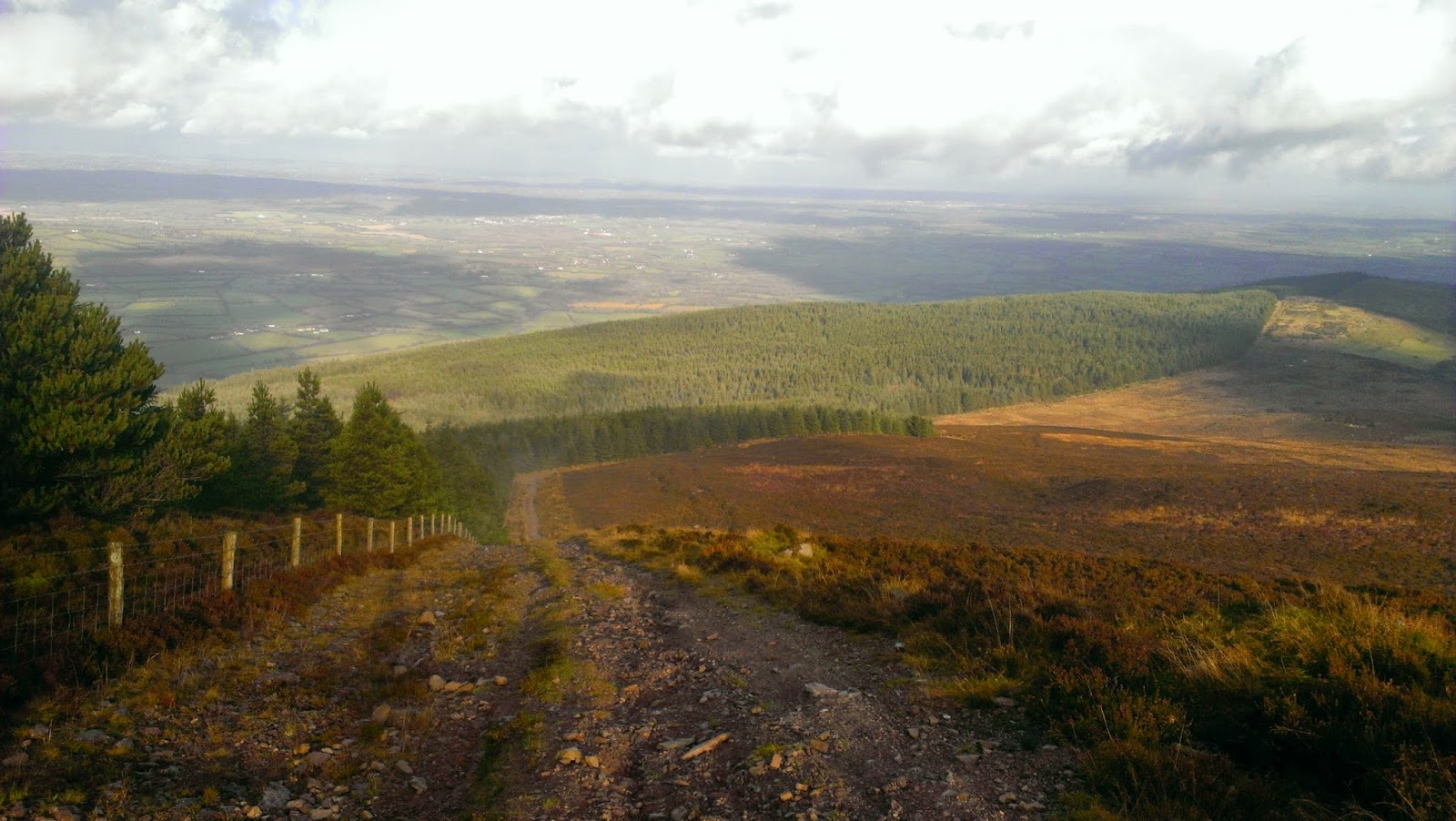 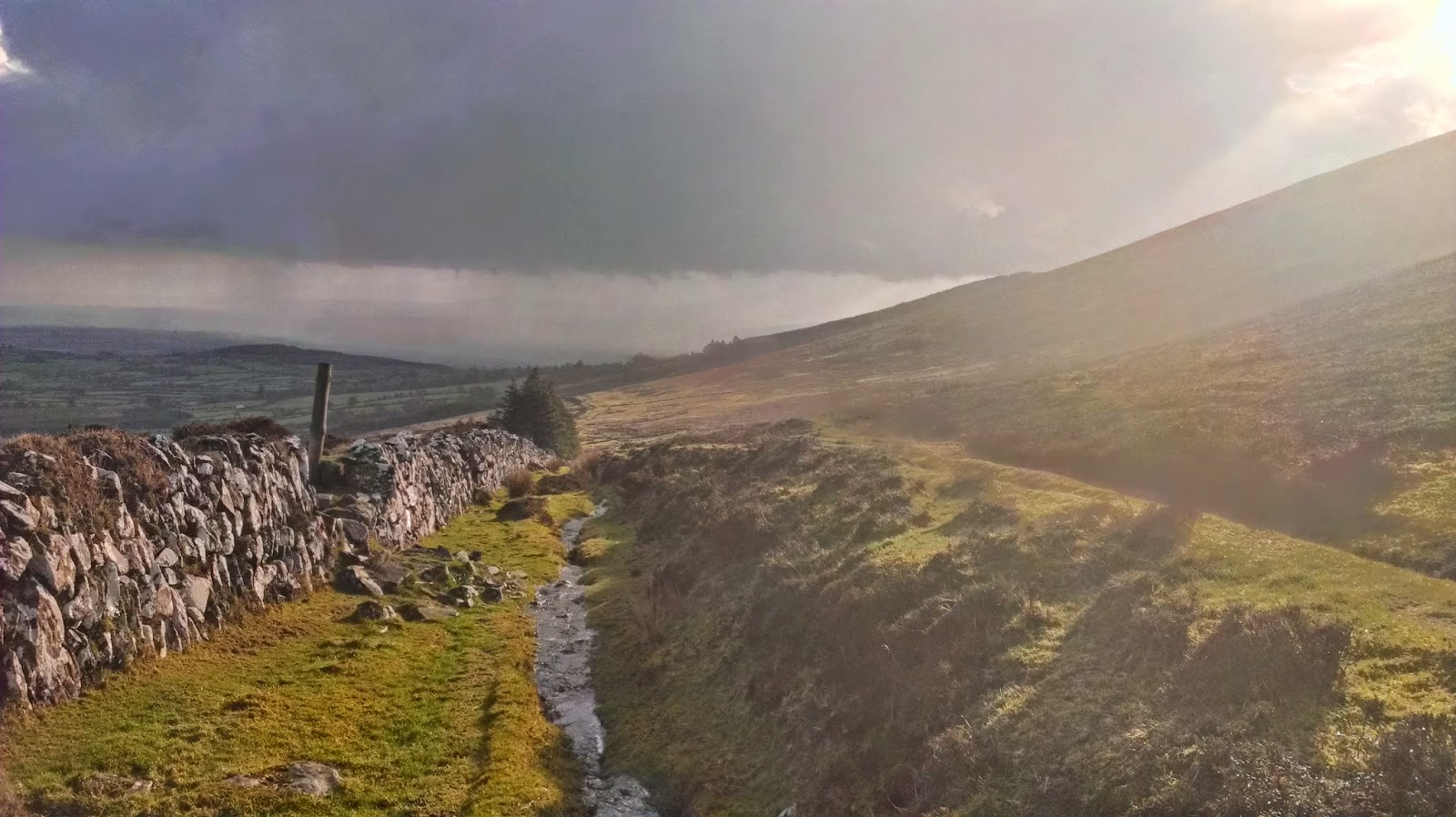 Recovery and preperation for May 2015

Its the aftermath of the Dublin City Marathon and I'm being upbeat as I can, basically this means that I'm thinking things could always have been much worse on the day.   The reality is I turned Dublin into a training run so it wasn't a complete waste.

Moving on from Dublin my next big target race is the Thames Path 100 in May 2015, this will be my longest Ultra and while I have 28hours to finish I'm aiming for sub 24hr.

Although its over 6 months away I've already started getting ready for it so this past week I've picked up the recommended map for the race and also I've upgraded my small Camelbak backpack which can barely fit anything extra (it can barely fit my phone) to a Ultimate Direction - SJ Ultra Vest 2.0 which comes with tonnes of capacity, is lightweight to begin with and has lots of options. 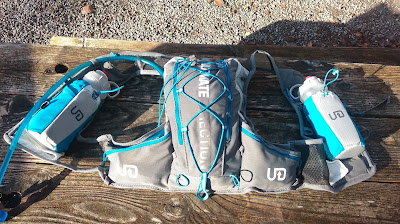 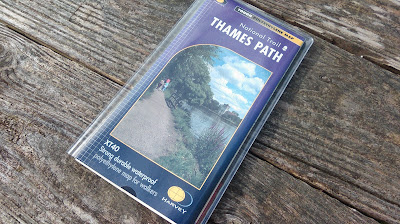 To test the backpack out I put in my water reservoir and filled it with almost all the items I'll need for the 100miler and decided to test it out on 10miles of trails on Sunday, I figured this would give me a good idea what to expect and how the pack handles, weight etc.

Overall I'm happy with the pack, however I find having two full bottles at the front can get a little bit annoying. I did experiment with one and its alot less annoying and also considerably reduces the weight you have to run with.

Its worth noting that when I tested the backpack out I also had a full 2ltr reservoir in the back, having this along with the two full bottles was perhaps a little overkill as any race will have water stops so I could always bring one bottle and keep refilling it.   Still it was worth doing this as a test.

I did notice afterwards that while I experienced no chafing with the pack I do have some light bruising on my collar bones due to the way the pack moved abit.Hopefully thids won't be an issue.

Overall I took it easy after Dublin, though I should have run the day after the marathon as I find that helps the legs recover faster. (works for me anyway).