The week of heavy legs 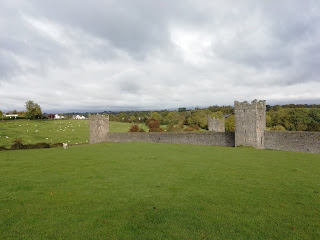 Took an easy week last week and no matter what the legs just felt awful heavy and the required effort for the pace I was doing was just not as expected because of this.

For the most part as the legs didn't feel right I did next to no running, however for Saturday instead of doing a LSR for 18-20miles I opted for a faster 13.1mile distance at a easy pace on a hilly route.

The hilly route in question is Callan to Kells and back view Newtown, the Newtown road is a challenging run back but its a enjoyable route as the roads aren't very busy and I always enjoy running through Kells Castles.

Planning for a harder week next week. 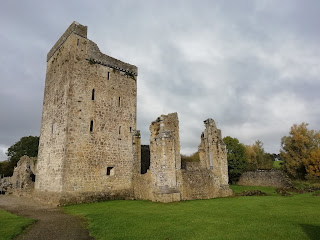 A man with a plan!

So I'm finally settling into some sort of routine after many months out of routine and its about time too! I also have some plans finally too!

Over the past few weeks I'm consistinately doing between 35-45miles per week which isn't a bad weekly total, my pace is also gradually improving and to help with that I've picked a goal for December.  I'm going to run the Waterford Half Marathon and I'm going to aim to beat my PB of 1:29.

It's perhaps a big ask and the last time I tried this last summer I managed just over 1:30.
To get an idea of how capable I am right now I did a 13.1mile distance last Monday and managed it in 1:35, not a bad time for a training run with effort. It wasn't all-out effort but I felt it none the less.

So my plan over the next few weeks is to rebuild my endurance first and then work on upping my pace, in preparation for the half marathon I also have some plans for:

Is doing a mountain run of 9miles my best plan whilst training for a half marathon...properly not, but I always really enjoy the event and I like to support South East Mountain Rescue who organises the event.

A little run around Iceland

I've been busy as of late as I've been on holidays, for something totally different myself and Grace went on a cruise to Iceland at the start of September.

We made it to Bristol just fine but due to an incoming storm front our visit to the Faroe Islands was cancelled and instead of spending two days getting to Iceland we instead spent three days at sea with 6 metre swells which was not the most enjoyable experience as the ship was rolling a lot which didn't make for the best nights sleep!

Reykjavík, Iceland
We eventually made it to Reykjavík and took in a few sites, as we happened to be staying overnight I took the opportunity to get out early and do a 13mile run as a tour of Reykjavík.

While not a particular "pretty" city it (in comparison to many European citys) it was a lovely experience as Reykjavík has a nice network of footpaths and cycle paths around the city that aren't just next to main roads. This made the run a far, far nicer experience as the city is very heavily dependent on cars sadly.


Ísafjörður, Iceland
Our next stop was Ísafjörður which I also had some free time to get in a run. Ísafjörður was the furthest point up north that we went and while weather wasn't great the views and trails were really enjoyable and it was just a shame I didn't have my trail shoes and much more time to get in some of the trails.

As it turned out the trail I choose ended at one of the many tunnels around Iceland that go through mountains so I couldn't have gone any further,

I got in my final run during while I went just 100metres off the road and I discovered yet another waterfall.....if you like waterfalls Iceland is certainly the place to go! 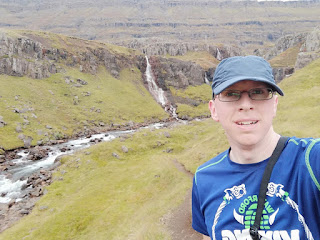 Overall Iceland was really enjoyable and I'd love to go back and do a road trip in the future.