Houston we have a problem! 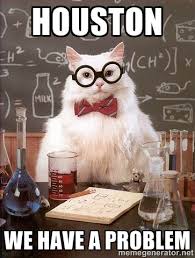 There's not been many blog updates lately mainly because I've been doing very little running lately.

I know my legs took a beating during the Dublin Marathon and with hindsight now it likely would have been the best plan to call it quits and mile 21 and call it a day, but nope! Stubborn me decided it wasn't going to be a DNF and now I'm paying for it now.

The muscles in my left leg are causing me awful issues the last while, worse then back in February of this year and its really impacting my running.   At present I'm managing just 2-3miles at a slow pace of between 8.30-9min miles...this is seriously frustrating.

The longest run I've done since Dublin was a trail run of around 12mile..about half of which I had to actually walk due to the poor trail conditions (and it was dark but thats another story!) but even with that I really felt it in my left leg the next day as I was experiencing pain when walking down stairs.

I've been into the local sports injury clinic and had some work done on it during the week and while it hurt like hell at the time its really helped, so hopefully that will get me back on track with a few more sessions and stretching.
Posted by Barry at 9:38 PM