Three Races and a Baby 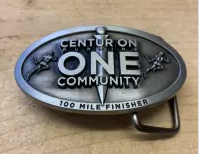 We're into 2021 and unlike 2020 where this time last year I was planning on doing Tralee Marathon, Cork Marathon, Kilkenny Medieval Marathon and Dublin Marathon as an initial plan I'm going on the assumption that none of these will actually happen.

I do actually have an entry for 2021 Dublin Marathon but funny enough I'll go on the assumption that with covid they won't be allow 16,000 odd people to hang out in Dublin at the same time on the same section for street.

So I've began the year by signing up to a few virtual races, so far I have:

The first two races are just a half marathons so nothing special and while I likely won't do a PB I'll still push myself a little more on the runs then a normal long run, but the third is a seven day event where I have to cover 100miles which averages out at about 14miles a day which will be a challenge.

I've started recently to do back2back long runs on my weekends, for example last weekend was 14/18miles and it brings back memories of the times I was doing 20/30miles back in 2016/2017. It does get easier!!!

The last time I had done a back2back run was for the virtual Dublin Half/Full marathon in October which I didn't realise you had to do both within 24hrs of each other when I signed up.   The legs felt it doing the half marathon on day 2.

To add to the above challenge we now also have Daniel who was born in October shortly after I ran the two Dublin virtual runs last year so trying to work, look after Daniel and do 2hrs plus of running a day for an entire week will be a challenge, but I'll give it a go anyway.