What have I gotten myself in for? 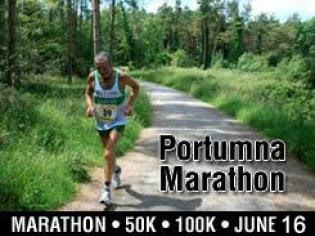 So I've jump in feet first and I've signed up to the Portumna 50km Forest Run on the 16th June of this year, it'll be the longest distance I've ever run but I'm reasonable certain I should get though it just fine based on my current level of fitness and the course profile.

Of course this is all just part of a much much bigger long term plan which I came up with during the Connemara Marathon on April 1st last, as the hills were making bits of me I decided I wanted to do that Connemara Ultramarathon next year one way or another.

Ok, so people may think I'm mad doing that and perhaps the hills in Connemara have made be become somewhat unhinged but I just want the challenge of it all. But thats a long time off yet and i still have to improve alot of last years Dublin Marathon.
Posted by Barry at 8:01 PM