The day finally arrived and although the previous two weeks didn't go great due to injury I was still confident that I could reach my goal of a sub 3:20 marathon.


Early start to the morning as I was up out of bed at 4:40am for breakfast and making sure to take on water and I started the drive to Dublin at 6am.   I made good time to Dublin and found a handy parking spot nice and close to the start line so I could easily meet up with the lads before heading to the start line.

Unlike previous years there was no O'Connell Street to run through which in my view is abit of a loss as I always enjoyed running by the GPO etc, instead we headed up by Christ Church and then down the quays, in many respects this was great for people to more easily support the marathon but the downside is some parts of it were abit of a drag.

I had run perhaps 20-30secs ahead of the pacers at this stage with the plan of slowing the pace once we hit the Phoenix Park as I knew this was a climb all the way to the other side of the park, so bit by bit I slowed the pace and left the pacers catch me.  Unfortunately I could feel the climb taking it out of me and the wind wasn't helping!

Once we got out of the phoenix park and we turned I could finally allow my legs to recharge somewhat when going down the hill but I then started to feel some discomfort on my right hand side, but I still felt ok so kept going.

It was around mile 10 the discomfort turned into pain and it wasn't a very nice experience trying to maintain the pace, by about mile 11 or 12 I just couldn't keep the pace up and the 3:20 pacers finally passed me out.

I walked for abit at this stage and the pain in my right side eventually subsided so I started running again with the secondary goal of a sub 3:30 marathon.   Unfortunately the pain came back and just around the half marathon point the 3:30 pacers came and I managed to stay with them for perhaps a mile but then dropped off them too!

At this stage I decided the race was effectively scrubbed!  I'm too stubborn to do a DNF (Did Not Finish) and i knew there was no chance I was going to beat my previous personal best of 3:33:33 so I decided to just take it easy, not risk any further problems to my injury and just finish as a easier sub 4 marathon.

So I just ran walked to the finish, along the way because I was run/walking I actually kept meeting the same few people and got chatting to them now and then because when I was running I was passing people, these people would then later pass me out when I was walking.

Overall I think my problems were a mix of injury problems and also the conditions, I will admit even when the slower pace once I fell off the pacers the heat still affected me and I was still de-hydrated and it was clear it certainly affected others.

Perhaps I was imagining it but there certainly appeared to be more people in trouble then the previous 3 years I've run Dublin, I saw a good few people just drop down near me including one women around mile 25 where myself and another chap went over to help her.   So I guess things always could have been worse!

This wasn't the outcome I wanted for Dublin but I guess I was expecting too much, especially considering that 7 days before Dublin I had decided to go to the doctor because the pain in my chest was so bad it hurt every time I was breathing.

Funny thing is once I had slowed the pace and even after the race I experienced next to no discomfort, maybe 1-2 more weeks of injury recovery would have meant i had hit my goal of a sub 3:20 marathon.

I guess there's always next year.... 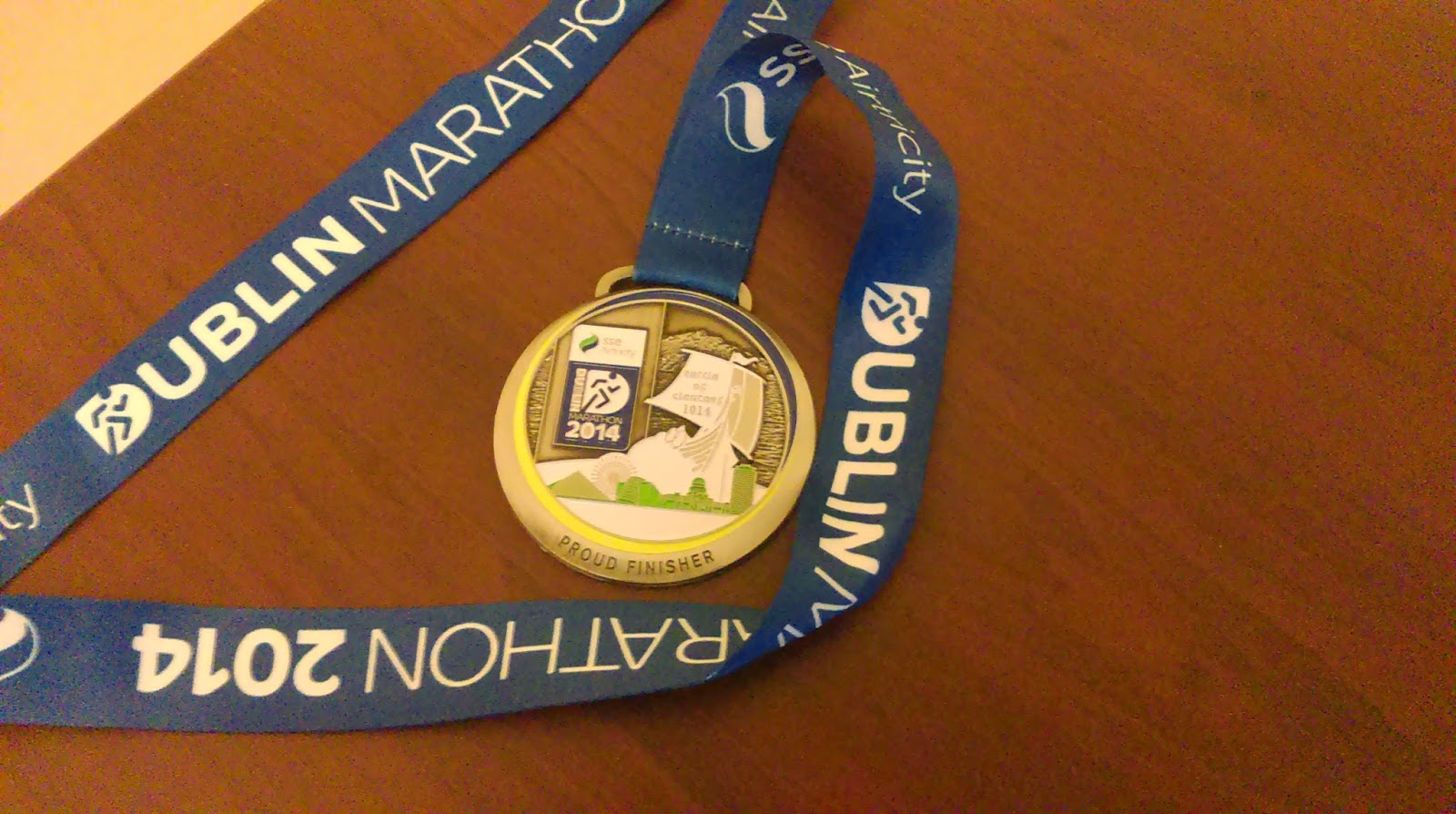