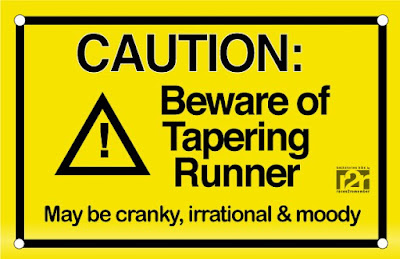 So I'm officially tapering for the Dublin Marathon on the 26th October!

Training hasn't been very consistent since after the JJ Reddy Half-Marathon but I'm not overly worried as I don't think I've lost much fitness overall, so with that I'm putting my money on the counter and finally committing to a sub 3:20 marathon time.

For the last while I've been debating between aiming for 3.15 or 3.20 but after noticing Dublin doesn't actually have any 3.15 pacers I'm going to play it safe and aim for 3.20 and the 7:26min/avg pace required. I'm reasonably confident I can pull this off and hold the pace together on the day.

On a side note, for the last few weeks I've been enjoying some night trail running by taking part in group trail runs organised by the South Leinster Trail Runners, its early days but numbers are promising with the most recent runs having 16 and 14 participants respectively.

The runs so far have taken part in the Co Kilkenny area so far but here's coping it goes from strength to strength as its seriously good fun.

For anyone interested in coming along and you're curious about the types of routes, you can see Garmin profiles for the three trail runs so far below:
- Jenkinstown Wood
- Castlemorris Wood
- Knockdrinna Wood