First race of the year and some plans 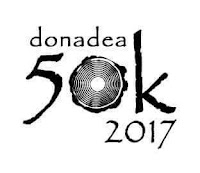 Time to get things back on track and that means both getting more structure into my runs/training and also getting back to updating my blog....after a long deserved break.

Its 2017 and my first race of the year is this weekend as I'm taking part in the Donadea 50km in Co Kildare, I have previously ran Donedea but its been a few years since I did it back in 2013. Back then it was my second 50km race and I found it much harder then my first 50km race in Portumna about 6 months earlier.

So you might be asking, do you have any other plans?   Well so far I've my eye on Tullaroan Ultra and I've already signed up to do the Waterford Marathon which are both in June so they'll be a fun time in June.

I had planned on doing the Vartry 50mile in April but that race isn't going ahead so I'm debating doing a long slow run on the Waterford Greenway instead (Waterford to Dungarvan and back again) this would come to about 90km or around 55miles.)

As for anything else, I'm still thinking about what I might do.

So back to to what I've done recently, the last long slow run before Donadea was last Friday where I clocked up 24miles on a route that is (at least for around here) pretty hilly, some of the hills were particularly steep and rather then taking it handy on them I ran them all.

Since Friday I've been taking it handy enough with some slow short runs before Saturday so here goes nothing...
Posted by Barry at 5:25 PM