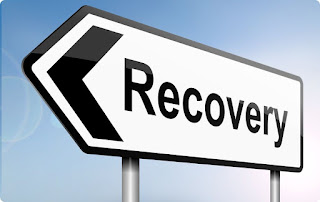 So with Connemara 100 over I can sit back and look at what went wrong.

I had gone into this race with the idea of a sub24 finish and the idea of sticking to a stricter pacing plan in order to achieve this, of course those that look at my checkpoint times will know that things were looking a bit fast (although slower then last year).

Of course others that have finished just under sub 24hr actually arrived into Leenane much sooner then me so at the same time perhaps I wasn't going too fast but that when things did slow down later in the race (as you expect them to) for me they didn't just slow down they crashed and burned and this time resulted in me passing out.

Despite this, my legs were actually in much, much better shape then they were last year, less chaffing, less blisters, I could manage a brisk walking pace and not just a shuffle like last year so its not all negative.

In this case to me at least it seems like a faster pace then it should have been and also a mixture of the much warmer day that was in it, while I certainly wasn't de-hydrated in anyway the lack of sleep from the night before and the increased effort from the run eventually caught up with me.

I've done 3x 100mile races now and for each I've failed to hit my goal of a sub24 hours, for each I also experienced issues after the 80mile mark. Now for those that are reading this that haven't run Ultramarathons you're likely thinking "But you bloody ran 80 good miles!", yes I did and that alone is an achievement and even finishing a 100mile race is something in itself as its normal that depending on the race that between 50-30% of those that start simply will not finish.

So what's the end result of my thinking on this?
Honestly, I'm going to give 100miles a rest, at least for now. Instead I'm going to focus on other distances.   I'm not ruling out Ultra's altogether as I'd like to improve on my 50mile or 100km times as I feel I could push a 50mile finish down into the 8hour 30min -8hour 50min region or better if I just put the head down and focused on it. This would be a substantial improvement on my current 50mile PB of over 10hrs for an actual 50mile training run or 9:30 during a 100miler.

How's my recovery going after Connemara?
Initially on Monday I paid a visit to Bodymend for a session and initially I also felt good at the time of writing up my race report. But the next day things were far from pleasant and I was experiencing a good amount of pain just when sitting especially with my left leg, if I wasn't lying on the coach it was painful.

On Wednesday I paid another visit to physio and had some dry needling done and the left leg hurt like hell after that, it took more effort to get into the car after the session then it did after the 100miler!   By Thursday however things seemed to improve after the dry needling and by the weekend my leg was starting to feel like normal again.

Now the left leg isn't giving me problems anymore I'm going to start with some easy runs this week and see how things go.  Overall though I feel fine, blister has healed up just fine and outside of being a little tired at the start of the week I feel good.