Time for another race...sort of 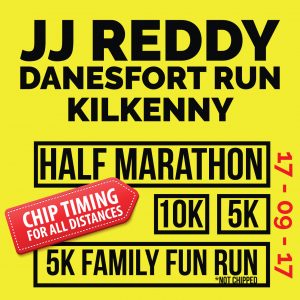 I started writing this blog entry last week but progression isn't as I had hoped so plans are being revised somewhat since!

I always find it useful to have a focus when it comes to running and sometimes that's a long term goal like Connemara 100 which I had aimed for months out and other times its a last minute idea.

On Sunday 20th August it was very tempting to go and do the Clonmel Half-Marathon as its only down the road from me (assuming there were entry's available of course), but I opted against such a temptation and instead took it easy.

I was origionally planning to do the JJ Ready Half Marathon towards the end of September, however now I'm not even going to chance that and instead I'm opting for the 10km least I push myself too much and end up injured by doing the half-marathon!

It's not that I think I won't complete the half-marathon, I would but I know myself well enough that I'll push the effort more then I should be and this is likely to set me back which is an utterly stupid thing to do at this early stage after the 10km where I know myself that i'm no where near 100% yet.