On Saturday I did my longest run since the Portumna 100km and to be honest I felt fine, during the run I also tested out my Ultimate Direction ACCESS 20 Water Belt for the first time and I'm pretty happy with how it went as I experienced very little bounce with it when running. 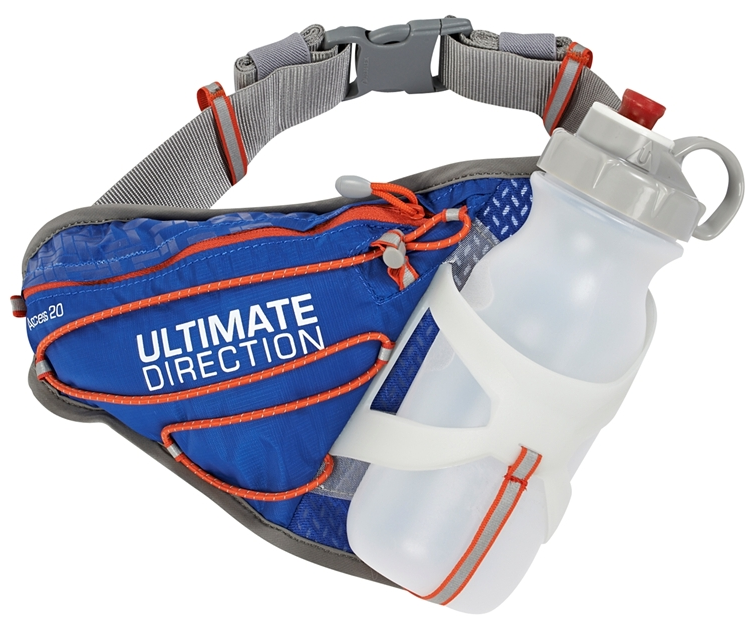 The water bottle on it doesn't move around and it leaves more then enough room for a phone and other items (if i need them) so I think I'll be using this on longer runs in the future as its pretty handy.

For Sunday I decided to take it easier so instead I decided on a handy enough 8mile spin on the bike, Monday I pegged as a rest day as I figured I better not overdo it.

During Tuesday's run I can honestly say I felt like I had awful heavy legs which I didn't expect, specially given the rest day on Monday. I had planned on intervals but instead I just took it handy except for the last mile where I upped the pace to 7:19min pace.

On Wednesday morning I decided on 8miles at faster then marathon pace this was enjoyable and certainly an improvement on how I felt during my run on Tuesday. I really enjoyed the run.

Afterwards however I spotted that Stoneyford A/C were running a series of races varying from 2-6miles over the next few weeks, the second of which was on in the evening.    As I couldn't do the rest of the series I decided I'd give the 3mile run a crack.....

Stoneyford 3mile Race:
This was a small race so not many people had signed up but none the less I figured I'd give it my best shot and see how things pan out,

To begin with I knew 100metres into the race that this was going to feel like a slog to the finish as my legs felt incredibly heavy after the 8mile run in the morning. Still I was briefly first for maybe the first 200metres until another guy passed me and I jokingly said to him "there's goes my 1st place".

Coming up on the first mile I could hear somebody behind me and I glanced back to see two people, one of them came along side and we ended up running along side each other just coming up to the largest climb on the course.

We remained side by side until the top of the hill and I took on some water and decided to up the pace and take advantage of the down hill to the finish line, I eventually managed to create a sizable gap.

At this stage I had lost sight of the guy in first place but my legs had loosened up and felt much better so I was pretty sure I could maintain a decent enough pace so as not to be passed before the finish, I pushed on and was pretty happy to see the finish and I crossed in 2nd place.

Although it was a small race its none the less the first time I've finished in top 3 in any race so that was something new :)

The course was flat enough overall, but in all honestly it didn't feel like it at the time. I'd also be interested to know how I would have performed with more well rested legs. 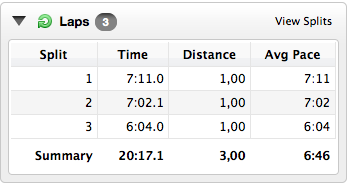