Looking back and looking forward

So it’s a new year and new plans and challenges, but before I get into what I’ve planned so far in 2015 I thought I’d just recap 2014.

Overall 2014 has been a good year, sure I didn’t get a new marathon personal best like I had planned but I managed to run 7 marathons, 2 ultra’s and one of the ultra’s was my longest ever distance and longest time on my feet at 62miles and over 12hours running!

Looking back I think the first part of the year went better then the second and this was likely down to me not properly recovering after Portumna 100km and instead going into training for the Dublin Marathon and expecting to set myself a new personal best, it was just too much, too soon.  Live and learn I guess.

Still, I did manage a nice improvement on my Half Marathon time at the Waterford Half Marathon in December so at least the year ended on a high for me.

Outside of doing races I also gave trail running a good try this year and dispite injuring myself at the start of October I must say that I really enjoy the challenges on a technical trail, alot more to think about then if your just road running.  I'll certainly be doing more trail running in 2015. 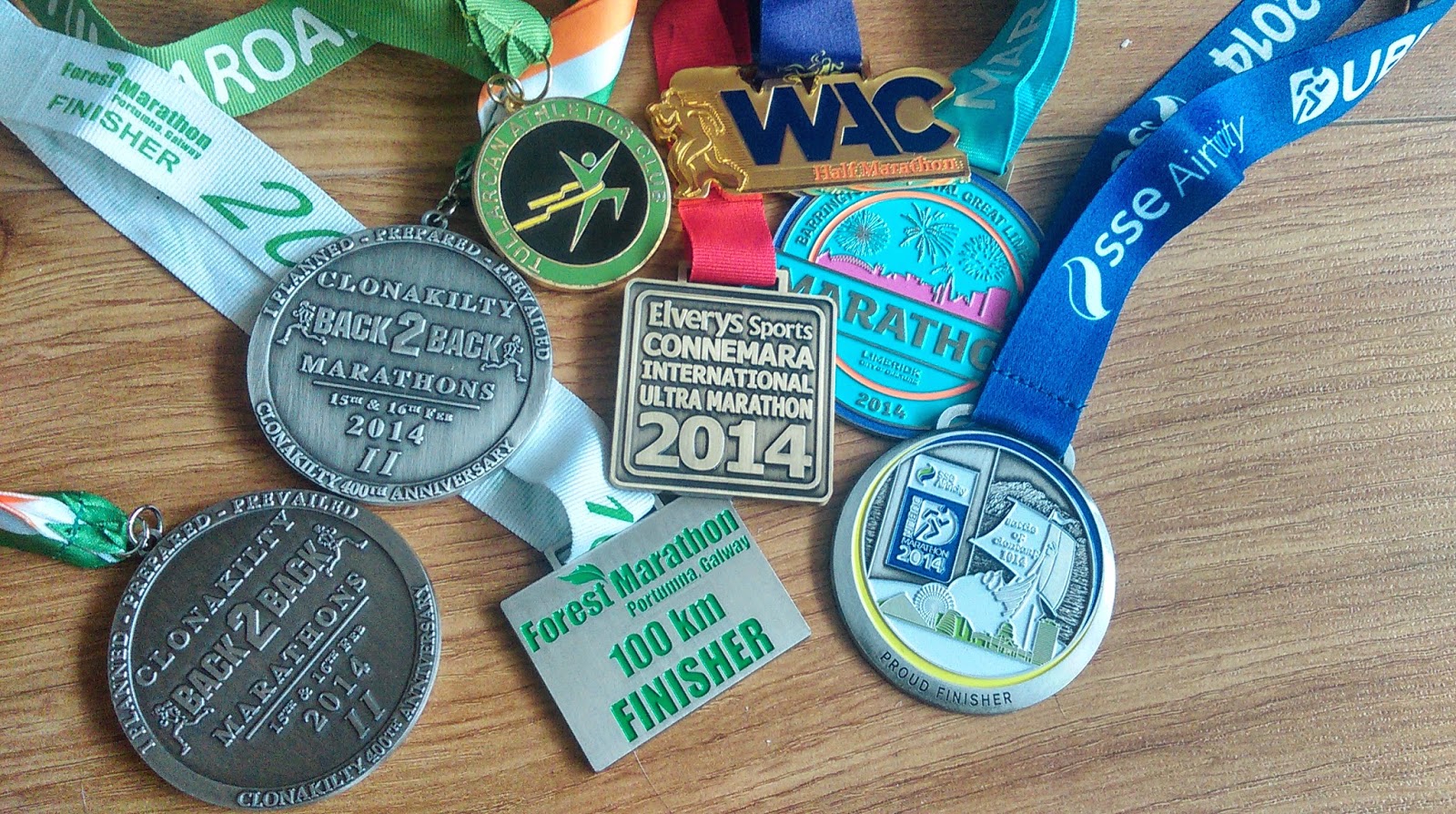 Looking forward to 2015 so far I’ve the Thames Path 100 in May and I’m doing the Vartry 50miler in Wicklow in April instead of my usual run of the Connemara Ultra Marathon. I wanted to opt for a 50miler instead of a 39miler in Connemara to ensure my last long run is of a reasonable distance.

I also plan on testing out my kit and tactics during the 50miler to make sure everything works out like I expect for the 100miler in May.

However, before either of these runs happen I'll have to run several 20 and 30mile runs in preparation as well as increase my overall weekly mileage and that's something I've already started, more on that in my next blog post.