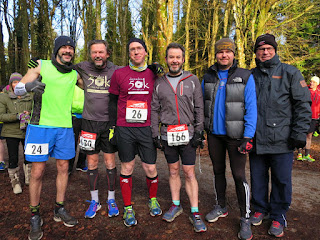 I'm a few months late posting it but here is my 2017 year in review!

What a varied year it's been last year, a new PB, placing top 3 in an ultra, taking on another 100mile and finishing off the end of the year with an injury (none running related) and some nice enjoyable runs.

While my big race of the year was again the Connemara 100 which I ran in aid of a local charity I'll begin with my return to Donadea 50km after a 4-year gap since my last Doneadea 50km race,

This was a sizable improvement on my previous PB 50km time of 4:49:33 which I also set in Donadea back in 2013, my rough plan for the day was to aim for a sub 4hr 30min finish. After experiencing some issues with my quads from the 7th of the 10x 5km loops for the race I just missed out on my goal time but I still finished with a very respectable 4hrs 37min 17sec.

My next race of the year was in April where I had opted to pace 1hr 45min for the Wexford Half Marathon.

The last time I ran the Wexford Half I set a PB of 1:44 with a lot of effort since then I've improved to the point of a 1:29 PB so this was going to be a nice return to the course. The day went to plan but it was much warmer then I had expected which was not helped by the fact I missed picking up water at two of the water stops. 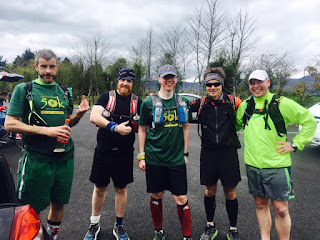 Throughout March, April and May I had started regularly running the newly completed Waterford Greenway and in April myself and a few other runners got together to run the entire greenway, more details at Greenway Out & Back as a day-long training run.

It took the bones of 13hours to complete the 59mile (or so) route but it was a really enjoyable day out.

At the start of the year I sort of set myself two goal races, my big race of the year would, of course, be the Connemara 100mile but I had also decided that when I would run the Tullaroan Ultra in June.

Previously in Tullaroan for the Ultra in 2016 when I ran the 39.3mile course I finished 4th so when I looked at the results and noted this I had decided that with some planning on the day and effort I could definitely place in the top 3,

Initially and certainly up until the 32mile mark I was in 2nd place but towards the end, I was passed by another runner and I eventually crossed the line in 05:47:58 to finish in third place. I was thrilled! 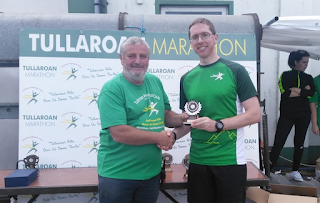 After the Tullaroan Ultra at the start of June it was back to training for Connemara and as part of that I was planning to run the Waterford Marathon, this was my first time running the Waterford Marathon which is more than a little strange I suppose as I used to live in Waterford City for around 10 years and I live relatively close to the city still.

Rather then just run it like a "normal" marathon I opted for something different, so with that in mind and with the marathon start being at 9am on a Saturday morning I left my house at 2am to run the 30 or so miles to the Marathon start line.

I eventually arrived down in Waterford City at around 8am and the marathon started around 9am. My biggest mistake for this day was not paying attention to the route profile before setting my pace and as the miles went on I realised there were lots of very steep climbs and these took a lot out of me which resulted in a lot more walking then I would have liked.

Still, I didn't mind the walking as it was all good training at the end of the day for Connemara.  As I approached the finish line it was nice to get a mention over the loud speaker of having run from Kilkenny and doing over 56miles as I crossed the finish line. 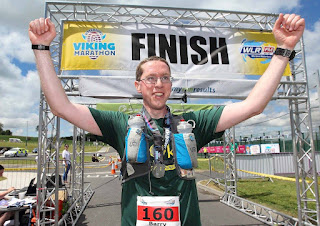 After the Waterford marathon, it was taper time for Connemara 100, but it was also back to fund raising for Mount Carmel House.

Mount Carmel House provides supported care for low dependency elderly people from the local & surrounding areas. The community resource has a link to my family as my mother has been on the board for a number of decades and my Uncle who at the time was the local GP was involved in founding it.  So I kicked off fundraising for this community organisation by going door to door in the evenings.

After finishing work each evening I kept going to houses door to door and explained what I was doing, most of the responses I got were a sort of disbelief and by far people were very generous in relation to what they gave.

Eventually, the weekend of Connemara 100 arrived and while it didn't go to plan it was certainly an experience and I have a very detailed blog entry about the weekend here.

How did I do with the fund raising in the end?   Well, in the end, I helped raise over 4,600 euro in aid of Mount Carmel House at the end of the fund raising so it was fantastic. I even got a mention in the local paper once or twice :) 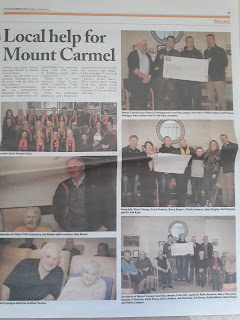 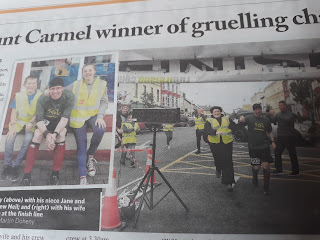 After Connemara, I took it easy and I opted to do easy runs and cycling in order to maintain fitness, I didn't want to over do it because in previous years I learned that if I, for example, start into a new training cycle for another race I very quickly end up injured or sick.

All was going well until the end of September when I was coming back from a morning cycle and the bike just slipped from under me approx 200metres from my house and I hit the ground hard!  I cut up my arm and I thought I bruised myself pretty bad....as it turns out however I had actually managed to crack a rib!

I'll admit this fall but an end to my cycling and much of my running for the next few weeks as while it didn't hurt to run for example a 9min/mile pace I couldn't drop the pace to 7min/mile as it would hurt to breathe, this was more than a little annoying!.

Healing from the fall seemed to take weeks and weeks and despite the discomfort or pain if I run some fast miles I was still determined to maintain what fitness I could so I opted to run the Dublin Marathon as a training run, the same with Stook 10mile and I also took part in  the South Eastern Mountain Rescue which was in Clonmel. 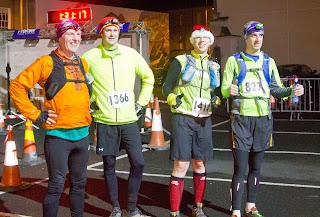 The mountain rescue race was especially fun as I approached it as a bog standard training run but I decided to have a bit of a laugh and ran it with a Christmas hat and Christmas lights wrapped around my backpack, this got a lot of comments from people I must admit.

After the South Eastern Mountain Rescue race, I did opt for running the Waterford Half-Marathon but I ran it at the slowest race I ever have, for 11miles I took it seriously easy but I only upped the pace for the last 2 miles.  Nothing very special to report on this race.

So that's it for another year, I've nothing big planned for 2018 just yet but I'm going to resume regular blog updates now :) 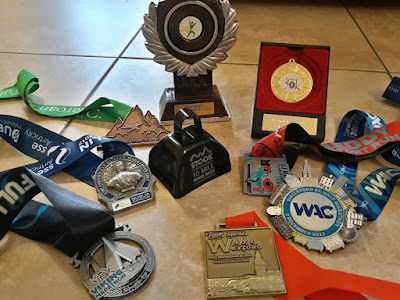