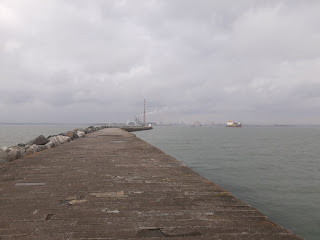 Two weeks back I happened to be in Dublin with about 6-7hours to kill so in the end rather than walking aimlessly around shops or seeing museums on my own (its never as fun on your own) I opted to run around Dublin for a few hours,

Now I don't know Dublin that well so after a quick post on Boards.ie asking for suggested routes and views on the route I was thinking about I opted for down the quays, through Ringsend Park, out towards Poolbeg lighthouse and then head towards Sandymount.
It was a early enough start so traffic wasn't hectic but as somebody who is used to running on low traffic country roads I must say its very frustrating to stop and traffic lights in order to cross busy streets, I honestly don't know how people in Dublin deal with it.

However, eventually after clearing the quays it was off through Anne's park and heading towards Poolbeg chimney stacks, this was my first mistake as I should have gone a different route....I honestly didn't realise just how rough and industrial this area would be.   However, once I reached the chimney stacks there was a right turn and I entered a nature park which I stayed running on the sand until I hit the pier out to Poolbeg. 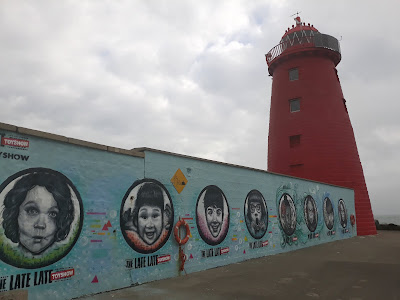 Although the pier has a very uneven surface (much like many of the roads in Co Tipperary!) it was a pretty nice experience and I couldn't get over just how long the pier is.   So it was out and back on the pier and then back through the nature reserve and onto Sandymount.

I had planned on running on the beach but sadly the tied was right in so that was not going to happen but I must say its still a lovely area to run and I'll def be back again. After an out and back I then headed back to Heuston station to the car to clean up.

It was a slow enough pace as I had run a fast 12mile the day before but it was still enjoyable, here's the route I took. 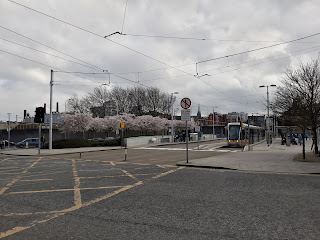 Overall it was nice to run different routes but I'll certainly be taking the suggestion from one of the posters on Boards.ie and I'll be running to Dalkey next time via the coast, although the headwind was annoying on the coast the views were lovely so I'll def back n again sometime in May, here's the route in question for next time. 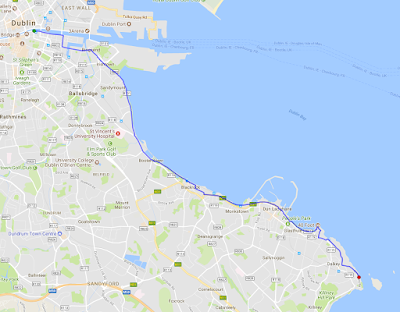