Some more catching up

I'm aiming to get the blog upto present day so here goes...

Very little running at the start of the year due to being well in January and also work commitments, however in February I decided to start making more of an effort and got back into more of a routine as I was really missing getting out and about.

During the first week of February I happened to be in Finland so I got some lovely runs in some very different conditions! 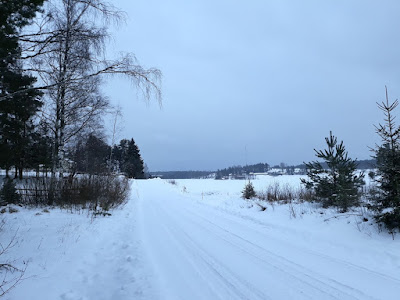 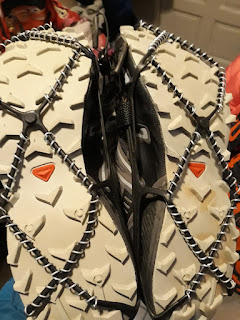 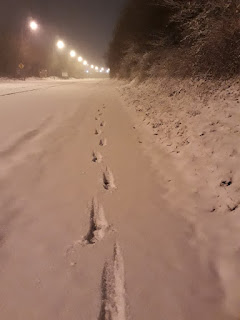 The area we were staying in made for some lovely running with a good mix of flat and hills and unlike here in Ireland where everywhere has ditches and high hedges you can just run into any field beside the road.

It was cold though as it was between -5c -8c most days, as much as I normally where shorts when running for this trip I brought running tights and its the first time I've used them in maybe 4 years.

It wasn't just running tights I was using again, I was also  obsolutely delighted because after buying Yaktrax Pro's back in 2010 I finally got to use them for the first time and I must say I highly recommend them when running on snow, I never slipped once!

Of course after coming back from Finland we also had some snow in Ireland at the start of March and the country went into emergency road but that that didn't mean you couldn't run in it :)

Although much harder work then running in Finland because Finland had compacted snow and lots of ice on roads I managed a number of runs in the much softer Irish snow including in a local wood where it was upto 8 inches deep...that made for a very hard 11mile run!

Towards the end of March I continued trying to get back into a routine and opted for my first 30 mile run, for this I made my return to the Waterford Greenway which I regularly used last year in prep for connemara by doing numerous 30 and even 60mile runs.

Right now I'm running about every second day but I've started regularly running the 12miles from where I live to Kilkenny City at a reasonable pace of 7:20min/mile and the route is a lovely mix of flat and hills so its nice for a change.

I'm also mixing in shorter recovery runs and the odd 18-20mile,
Posted by Barry at 2:30 PM