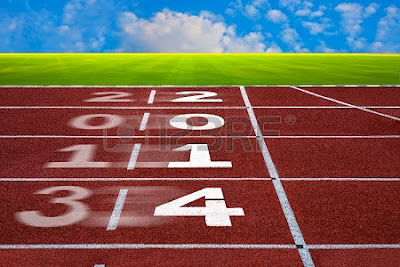 Its been an interesting year, a year with a few firsts and unexpected surprises.

For me the most enjoyable race I ran throughout 2013 was surprisingly the Connemara Ultra, although I took painkillers during this run and although it was 39.3miles I felt fantastic as I crosssed the finish line,

The most surprising and unexpected thing to happen in 2013 was without a doubt being invited over to Nova Scotia to run in the Cabot Trail Relay.

I beg, borrowed and stole to get the time off work at such short notice. I was jet lagged to hell and I spent 24hrs getting in and out of a mini van while supporting the rest of the team.   To top it off I got to run around Nova Scotia at 2am in the morning and come in a very respectable 18th out of 71 for this stage.

Seriously good weekend and I'd recommend it to everyone :)

Oh and finally I broke sub 1:35 for half marathon in December, chuffed with that!

Well for starters I'm doing my first marathon on the 11th January in Clonakility, followed by back to back Marathons on the 15th/16th February also in Clonakilty and for April I'll once again be doing the Connemara Ultra.

Thats all thats planned and signed up for at the moment but I'm thinking through the later part of the year and thinking of a 50mile race, 100km race and perhaps something abit further. But still thinking about it.

I realise these will require alot of extra training so these plans will take abit more planning and also working out the logistics.