So outside of running around some local woods now and then and running Mount Leinster two weeks ago that's been it for trail running and me, well I've decided to change that.

As I mentioned in my last entry I plan on making a local mountain part of my regular training ruins in order to work in hills and trail running into my training schedule. This should stand to me in a big way considering although while it is flat the Thames Path 100 in May 2015 is mostly on trail.

So with that in mind that was my plan for the weekend, to take on a local mountain called Slievenamon with a decent enough elevation :)

On Saturday I did a long slow run of 15miles but on Sunday I decided to run the mountain, elevation for Slievenamon is well over 400metres and my aim was to start at the nearest local village of Kilcash at the foot of Slievenamon.

Unfortunately there were alot of cars in Kilcash and also at the normal parking spot for walkers at the beginning of the route so I had to drive to a spot further up the road, this ruined my plans of properly measuring the route I wanted.

So off I went and while I did manage to run the first few hundred meters I quickly found it difficult to maintain a running pace so I was reduced to run/walk most of the rest of the way.    Once I got near the summit and it leveled abit I was once again able to pick up the pace and I ran to the trig point and to the top of the cairn before beginning the decent again. 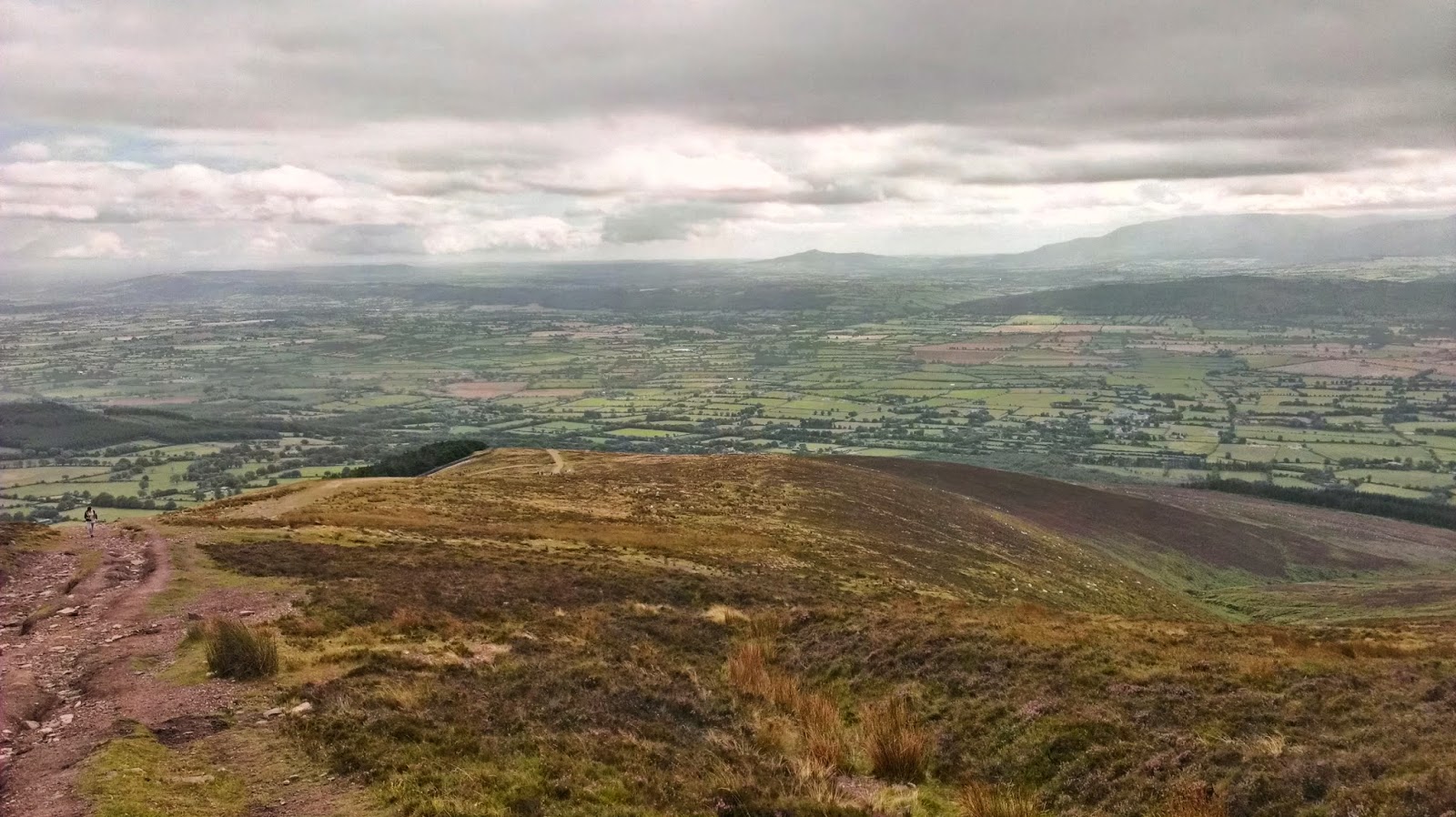 The decent was....well seriously good fun, if not a tad steep at times!

Still I managed to keep my footing and had no incidents until right near the very end where I managed to misjudge my foot placement on the path back to the road and I fell infront of some walkers who were on their way up the mountain.  I got up and other then a slightly bruised ego I mentioned something about "it was bound to happen at some stage.." and got on my way again.

I managed the ascent and decent in 52min for the route of just over 4miles, the last time I walked this route took me over 1hr 35min so I was certainly a great deal faster.

I will of course have to run a second run starting at Kilcash as this should bring the distance to around 5.3miles and it includes steep climbs on the road from the village. The last time I walked from Kilcash it took me 1hour 50min.   This will be the route I aim to use in future as the car is safer when parked in Kilcash.

Really enjoyable run and its certainly something I want to run again :)